The Only Exception Song Analysis

The Only Exception by American pop punk band Paramore was first released on the bands third studio album "Brand New Eyes" in 2009 and later became their most successful single. The track is in the key of B mixolydian and has bpm of 138 in 6/8 time. The structure of the song is as follows: intro, verse one, chorus, break, verse two, chorus, solo, bridge, chorus, outro. The intro of this song introduces the main chords - B major, F# minor and E major7- played on both acoustic a

I started out with my basic hip-hop drum beat which I used an appropriately named "hip hop rack" that was stock with Ableton. Then I wanted to but in a synth bass line so I used the bass track from the original song and converted it to MIDI before tidying up the notes and applying a synth sub bass sound to it. I decided to stick the the approximated tempo of the original song as it was already in the same groove I was going for. I looped a section of the keys from the origina 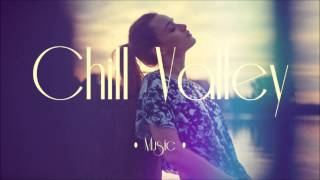 For my remix project I am remixing the track Australia collaboratively produced by Adrian Eagle and the band His Wings. It is currently unreleased, but you can check out Adrian Eagle here. I have confirmed with the artist via the rocerding engineer of the song that a remix is permitted. The electronic style I hope to achieve is chill house, as I think it would fit really well with the vocals and the overall feel of the song. Australia is a hip hop track that has a lot of voca

Ever since their conception in 1993, Daft Punk have dominated the electronic music genre, but almost all of their hits have not entirely been their own work. Daft Punk frequently sample other songs in their tracks, typically utilising funk music from the 70s and 80s. Drawing from this era adds to Daft Punk's retro aesthetic, whilst adding their own electronic elements keeps it feeling futuristic and new. Below are three examples of how the French duo have lifted aspects of so

'Hurt' in the Style of Hugh Padgham

The Dark Art of Mastering

'Hurt' in the Style of Hugh Padgham

Setbacks and the Calm Before the Storm